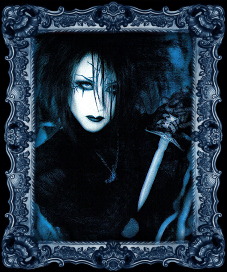 Mana was born in Hiroshima on March 19th (year unknown). His parents were music teacher, so he started to play the piano in his childhood, listening almost only to classical music (he especially likes the compositions of Johan Sebastian Bach and the sound of organ and harpsichord.). As a teen he discovered other music genres such as Punk, Hard Rock and Heavy Metal. The first concert he watched was Mötley Crüe and the first record he bought was Iron Maiden's "Piece of Mind". Mana said that the first band he played in was a Mötley Crüe cover band and he was on vocals (!). He said that it was after that performance that he retired from singing :).

Mana knows almost everything about Metal, especially about bands of the Eighties, when he was a teenager.    Another heavy musical influence on Mana was the soundtrack music of horror movies, one of Mana's passions, he likes especially movies by italian directors like Mario Bava, Lucio Fulci and Dario Argento (his favourite film is Dario Argento's Suspiria), therefor he likes also the music of progressive rock italian band Goblin.

He then started to play the guitar, and also drums (he admired Tommy Lee). In high school he founded his first band: Ves.tearge. Nothing is know about that band but they probably played punk rock. His second band was GIRL'E (he was called Serina back then). They played punk and released a demotape called One Game/Sexy Lewd, they also played several lives and a bootleg VHS can be found.

Mana moved to Tokyo around 1991, trying to find his way. Working in a karaoke, Mana met Közi, another young guitarist. He introduced Mana to the Visual Kei scene (the Gothic scene in Japan) and to the brand new band he was playing in: Matenrou. Mana joined them as the bassist. He composed a song, "Meikyuu no Tobira" released on a demo tape together with "U-RA-GI-RI", composed by Közi. Matenrou released another untitled demo tape with 2 other songs, played some lives and was featured on a video compilation in VHS (Nervous Night) with the live performance of the 2 songs.

In April 1992 Matenrou disbanded and Mana and Közi decided to found a new band: MALICE MIZER, with the strong concept of Malice and Tragedy, the fundamental elements of the human nature. They wanted to create a new style and played an original Gothic Rock with strong classical influences, baroque and obscure melodies and twin-guitars polyphonic parts. To produce this new band Mana founded his indies label, Midi:Nette, to release the first MALICE MIZER album, "memoire". After a few years MALICE MIZER became one of the most famous Gothic rock and Visual Kei bands in Japan, and after another album (Voyage ~sans retour~), 2 singles and a video, in July 1997  they signed with the major label COLUMBIA, releasing singles, videos, books and another album (merveilles).

In 1999 the vocalist, Gackt, left MALICE MIZER and the drummer, Kami, died. Despite these unfortunate events, MALICE MIZER under the guide of Mana left the major label Columbia and continued to make music: several videos, books, singles and their last and best album, "Bara no Seidou". Even if they didn't experienced again the popularity they gained under the major label, they were still one of the most important and loved Visual Kei bands. In December 2001, MALICE MIZER members decided to put the band on hiatus to focus on other projects. On March 19th 2002, Mana announced his solo project: Moi dix Mois.

Mana is also a fashion designer: he started his own fashion brand Moi-même-Moitié in October 1999, opening a shop in Aoyama, Tokyo. (he currently has also a shop in Nagoya). Moi-même-Moitié is one of the most important brands of the Gothic Lolita style: in Japan the Lolita fashion style was already famous in '70s, but since some rock musicians (including Mana), and also manga characters and others started to wear Lolita costumes with Gothic elements, the media coined the term "Gothic Lolita". Mana with the opening of Moi-même-Moitié coined the name for 2 different clothing styles: Elegant Gothic Lolita (EGL) and Elegant Gothic Aristocrat (EGA), the latter without the "lolita" element and more similar to western Gothic or Victorian clothing style.

Mana is also a producer: he signed the gothic/EBM band Schwarz Stein to his label Midi:Nette and produced their CDs. He recently stated he is going to produce another artist. He is still open for other artists, western bands also.

Real name: Mana's real name is unknown. There are rumors saying it can be Manabu Satoru, however this is not confirmed.

Date of birth: unknown. Mana only said 1549 as a joke, claiming to be a Vampire. However he was probably born around 1972, like the other MALICE MIZER members.

About his appearance: Many people seems to be upset or confused because of the androgynous look of Mana. Mana is not a transvestite: in Gothic, Glam, New Wave or Visual kei music movements musician often dresses with extravagant clothes, use make-up or feminine clothing. It's simply a form of art.

Even if sometimes he dresses like a woman, Mana is not gay or bisexual. He stated clearly that he likes women, especially feminine and sweet women. Some rumors says he is probably married (maybe with Midi:Nette's producer) and has one or two children. However, these are all RUMORS, and Mana's private life is not our business. 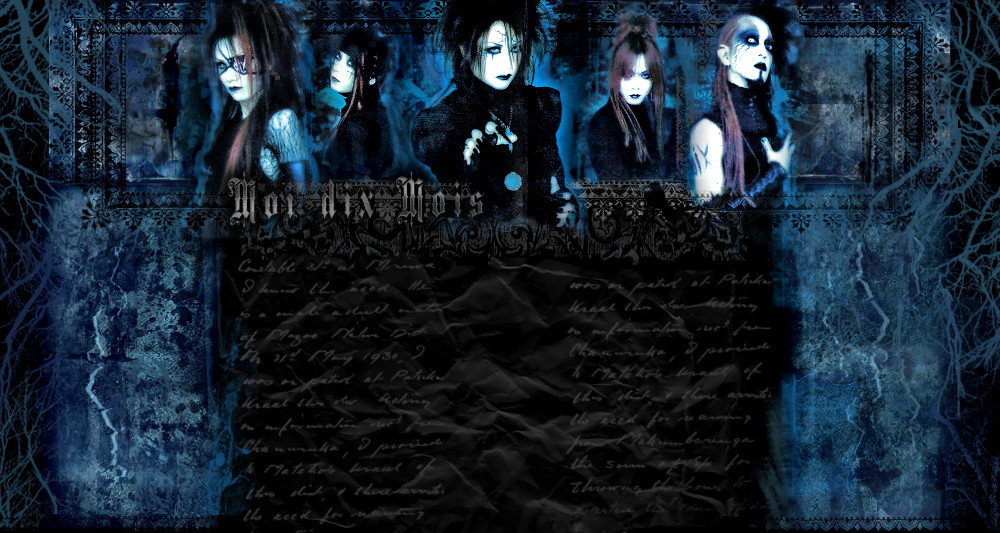 All band images were scanned and edited by me.  If you want to use some text or images from this site please request that through e-mail first and link back to this site.